He was born June 30, 1924, in Superior, son of Cameron and Josephine (McConnell) Pearson.

Tom proudly served his country as a field lineman with the 263rd Field Artillery Battalion, 26th Infantry Division of the U.S. Army during WWII. His division was involved in many conflicts throughout Europe, including The Battle of the Bulge. On May 14, 2011, Tom was on the first Honor Flight from Duluth to Washington D.C.

Tom retired as an operator for Lakehead Pipeline Company, Superior.

Some of his interests included slow pitch softball, golf, bowling, wintering in Arizona during his retirement years and watching Lawrence Welk. Through all his years, Tom was always known as a true gentleman.

Tom and Beverly Olsen were married on October 24, 1969, making Tom a husband, father and grandfather in one fell swoop. Tom often said he hit the jackpot when he married Beverly, and Beverly’s children responded that they were the ones who hit the jackpot on that day.

Preceding him in death were his parents; wife, Beverly; and 5 siblings.

Visitation will be from 10 until the 11 a.m. Mass of Christian Burial, Friday, June 24, 2022, at Cathedral of Christ the King, Superior. Reverend Father Andrew Ricci will be the celebrant.

Following the Mass of Christian Burial, Tom’s cremated remains will be placed in a columbarium niche at Greenwood Cemetery, Superior, with military honors accorded by the Richard I. Bong American Legion Post #435.

Memorials are appreciated to Honor Flight Northland or Cathedral School.

The family would like to thank the staff at New Perspective Senior Living-Superior and Essentia Health Hospice for the great care and attention they gave Tom.

To sign the online guestbook or send condolences, visit www.downsfh.com 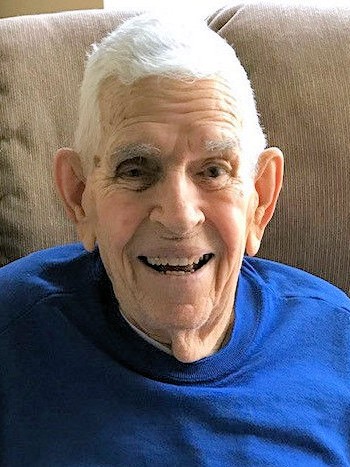