Rose Marie (Gall) Jaques, 88, of Superior, WI, passed away in her home on Wednesday, December 22, 2021 with her daughter, son-in-law and her oldest granddaughter by her side.

She was born on April 27, 1933, to Martin and Helen (Petrolley) Gall Jr. at her grandma’s house on Berwyn Road in Superior, WI.

She graduated from the former Cathedral High School and was united in marriage to Gerald L. Jaques on December 11, 1954, and they celebrated 52 years of marriage at the time of his passing on December 30, 2007.

Rose was the backbone of Jerry’s construction business, “Jaques Home Builders”. She helped him run the Belknap Bar and Café, The Belknap South Restaurant and Bar, Belknap Liquor and Lounge and the Belknap Plaza while holding the family together.

Rose belonged to the Moose and Elks Lodges in Superior and the neighborhood “Stitch and Bit*h Club”. She and Jerry loved to go dancing, roller skating and going to the casinos. They loved traveling with The Wisconsin Restaurant Association. Christmas was her favorite holiday to decorate for and each year everyone could not wait for her homemade Hungarian chicken and dumplings. This has been a Christmas tradition for well over 100 years.

Rose was always there for her children and grandchildren. She never missed an opportunity to babysit when asked. Rose always made others feel welcomed and put her family first. Rose is now dancing in heaven with the love of her life.

Rose is preceded in death by her beloved husband, Gerald L. Jaques, her parents, Martin and Helen Gall, in-laws, Maurice and Mary Jaques, and sister-in-law, Janice (Jaques) Sullivan and her husband, Tom Sullivan.

The family would like to thank the Essentia Health staff and the Hospice Team.

The Downs-LeSage Funeral Home, 1304 Hammond Avenue in Superior is assisting the family with arrangements. To leave a condolence or sign the guestbook please visit our website at www.downs-lesage.com. 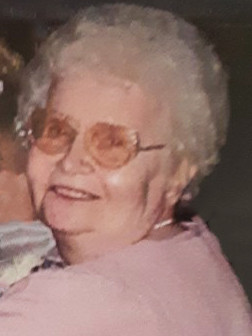