Our world has lost a kind and talented man in the death of Robert J. “Bob” Shears, a longtime resident of Superior, WI who died peacefully, Friday, March 18, 2022, at home at Elysian Assisted Living with his family by his side.

He was born in Superior, WI November 2, 1933, the son of Louis and Lucille (Husby) Shears and grew up in Allouez.

Bob graduated from the former East High School in Superior and enlisted in the United States Army in 1953, serving his country honorably.

Bob had a rare gift as a rough and finishing carpenter in Superior and surrounding area. He worked at his building craft before entering the Army and, upon return, he continued his trade and built many beautiful homes here in Superior. In 1970 he began his employment with the Superior School District where he was quickly promoted to Supervisor of Buildings and Grounds, retiring with twenty-seven years of dedicated service.

Bob was united in marriage to Beverly Maynard on March 28, 1987 and became the proud stepdad to five daughters of whom he was very proud and loving. He and Bev were soon to celebrate thirty-five years of marriage.

Bob was a family man, a friend to many and enjoyed his wonderful neighbors in South Superior. The times that Bob spent with his grand and great-grandchildren were his happiest moments in his latest years.

He is preceded in death by his grandson, Tom Krause, brother, Louis Shears, and his parents.

Bob’s family would like to thank the Elysian Assisted Living staff and Kindred Hospice for their loving care of Bob during this difficult time.

The Lenroot-Maetzold Funeral Home, 1209 E. 5th Street, Superior is assisting the family with arrangements. To leave a condolence or sign the guestbook, please visit our website at www.lenroot-maetzold.com. 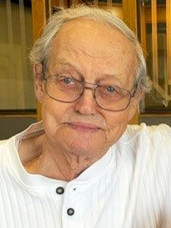