Richard “Dick” Nolan, 88, passed away at the Superior Rehabilitation Center in Superior, Wisconsin, on Saturday, January 8, 2022. Richard was born on May 14, 1933, to George and Florence Nolan.

A Central High School alum, he enlisted in the United States Air Force in 1952. He married Esther (Amys) in 1956 and began a 21-year career in the Air Force—taking them to Waco, Texas; Elmendorf AFB, Alaska; Duluth, Minnesota; and Beale AFB in California. During this time, he served in Vietnam. Richard retired from the Air Force in 1973 and moved back to Superior. He then served as Service Manager at Devinck Pontiac Cadillac and retired from there in 1993.

Richard was an avid golfer. He served as Exalted Ruler of the Superior Elks 403, and spent many hours volunteering at the Richard I. Bong Veterans Historically Center. He gave his time to the VA Hospital in Superior—driving and scheduling the DAV transport of veterans to and from appointments at the VA Hospital in Minneapolis. On June 12, 2021, the Department of Wisconsin DAV presented him with the 2021 Dick Marbes award for a lifetime of dedication to the DAV.

Richard was preceded in death by his parents; brothers, George and Tom; and sister, Jan (Douglas) Sprolls.

Visitation will begin at 10:00 AM, Friday, January 21, 2022, at Zion Lutheran Church, 2022 E 2nd Street, Superior, WI and will continue until the 11:00 AM Memorial Service with Pastor Victor St. George Officiating. Burial will be in Parkview Cemetery in Hawthorne, WI.

The Downs-LeSage Funeral Home, 1304 Hammond Avenue, Superior, is assisting the family with arrangements. To leave a condolence or sign the guestbook, please visit our website at www.downs-lesage.com. 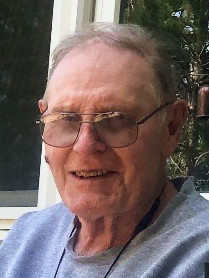