He was united in marriage to Sharon Wermter on December 31, 1987, in Superior.

Burge worked for many years as an electrician for Benson Electric and was a member of the IBEW 242. He enjoyed old cars, attending car shows, four wheeling, camping, fishing, and a cold beer.

A celebration of Burge’s life will be held at a later date. 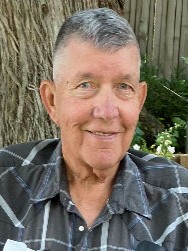