Phil Vergamini passed away Saturday, September 17, 2022. He is survived by his wife, Nora Haskins; his son Terry and wife Mahan Boyd; his stepson Gile and wife Kandyce Haskins; two granddaughters, Grace and Claire Haskins; brothers Greg and Jerry, and sister Jan and husband John Kinsley. Phil is preceded in death by his son, Tony.

Phil was born in Hurley, Wisconsin, March 23, 1943, and was raised in Hurley and Superior, Wisconsin. He earned his Ph.D. in Chemistry from the University of Wisconsin – Madison. In the mid 70’s he moved to New Mexico and spent his career as a Research Chemist at Los Alamos National Laboratory. For many years, Phil passionately pursued his interests of ham radio, rafting, handball, fishing, playing stand-up bass, singing with several bands, and served as a DJ with KSFR’s Acoustic Explorations.

In lieu of flowers, donations in Phil’s honor, to KSFR Public Radio or Santa Fe Friends of Traditional Music, are appreciated. 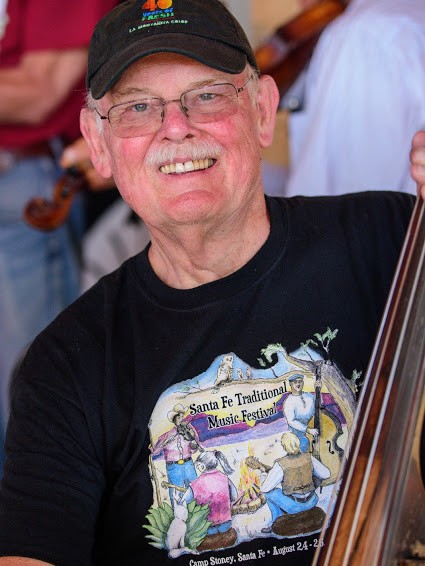