Paul Elmer Evans, aged 96, of Solon Springs, Wisconsin, died in his home on March 16, 2022 surrounded in the light and love of his family. Paul had wanted to live forever and was disappointed when his body didn’t cooperate.

Born December 22, 1925 in Auburn, Washington, Paul always had a soft spot in his heart for the West Coast. At the young age of 16, with his parents blessing, he joined the Army Transport, a civilian division of the Army, and upon graduation from high school joined the Navy to proudly serve his country. Paul never grew tired of telling stories about his military experiences although some of his listeners may have grown a bit weary.

A contractor and builder by trade, Paul was intensely creative and said his best ideas came to him in his sleep. A master craftsman, particular and exacting in his execution of plans and ideas, which were always big ones, he built two beautiful homes for his family, loved teaching his sons how to use tools and firmly instilled the measure twice rule. Paul was always optimistic and innovative in his work with wood and could identify any tree at 50 yards. He called them his friends.

Somewhat of a smooth-talking gentleman, he met his future wife Lisa by flirting with her at a laundromat. At the very least she knew she was getting a man who wasn’t afraid to do his own laundry. She had no idea how much he would adore her. Paul and Lisa married in 1977 and had three sons together, lots of laughs and many great adventures to Idaho and the West Coast. They operated the Garden House Greenhouse in Solon Springs until retirement at which point Lisa was kept busy making apple pies as Paul could never get enough. Paul’s relationship with his dinner plate was legend, he piled food on like a lumberjack, never forgot to compliment the cook, and was always the last to leave the table because nothing hurried him ever. Paul continued working in his shop crafting bowls on the lathe up until the end.

Paul’s family will celebrate his life at a later date with a private send off involving a canoe and flaming arrows shot from bows he made. Memorials may be made to the Solon Springs Volunteer Fire Department. He would have appreciated the irony.

Please leave your condolences for the family of Paul at www.bratley-nelsonchapels.com. 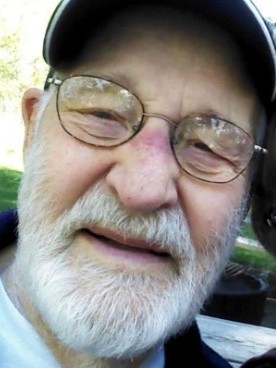