Maria was born in Superior on May 31, 1968, the daughter of Eugene and Rose (Stark) Pearson. She graduated from Superior High School in 1986. She also graduated from the LPN program at Lake Superior College in 1995.

She married Robert J. Christman on October 29, 1988, and they recently celebrated 33 years of marriage.

Maria was an LPN at Essentia Health Superior Clinic. She was a volunteer firefighter and first responder for the Town of Superior Fire Department and was the first female Captain for the department. She enjoyed deer hunting, collecting agates, bowling, and playing horseshoes among many other activities. She was also very talented with arts and crafts and made many crocheted projects. She had a great green thumb and enjoyed taking care of her many plants in the house. Maria looked forward to her annual trips to Michigan visiting family; attending Toby Keith concerts with the Wifey’s, but most important to her was spending time with her family, especially her two granddaughters, Sophia and Ryder, whom she adored.

Maria is survived by her husband, Rob; mother, Rose Pearson; children, Steven (Franki) Christman and Morgan Pearson, all of Superior; grandchildren, Sophia and Ryder; sister, Leigh Johnson of California; lifelong friend, Tracy Little; and many extended family and friends. Maria will be greatly missed by all who knew and loved her. 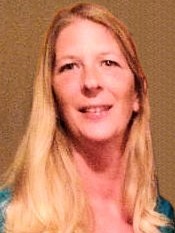