On Sunday, September 18th, and shortly after his 93rd birthday, our family’s patriarch peacefully passed on to be with his Lord and Savior, the way he wanted, at home and with his loving family by his side.

LeRoy Forslund was a noted figure on a state and national level in the profession of vocational Rehabilitation for many years. He was born in Milwaukee, Wisconsin on September 14, 1929 and moved to Iron River with his parents Otto and Bertha Forslund and brother Earl during the early 1930’s.

He was a graduate of Columbia High School in Iron River and was honored as salutatorian of his class. Following his service in the U.S. Army 2nd Infantry Division Headquarters, he was employed by the DM & IR Railroad in Steelton and the ore docks for five years, while earning his degree at UMD with subsequent training at the National Judiciary College, University of Wisconsin, Northwestern University, St. Thomas College and served an internship in Psychiatric Counseling at the Tomah VA Hospital.

He was employed by the State of Wisconsin for 55 years, serving as District Administrator for the northwestern Wisconsin District Division of Vocational Rehabilitation for 34 years followed by 22 years as an appellant judge for hearings, arbitration, and mediation. He officially retired in 2010.

He was a devoted family person, extremely proud of his wife of 62 years, and his children Chris (Deb) of Iron River, Mary of Superior, and Jack (Kathy) of Champlain, MN, as well as their thirteen grandchildren and great grandchildren.

He authored and published a book in 2007 entitled “My Life In A Small Town.” He also served as CEO of his consulting company for 20 years.

He will be remembered as a lover of polka music, an advocate for the disabled, handicapped and underprivileged. He was always available to help others, wherever possible. Many Iron River residents consider him as the historian due to his remarkable memory.

He loved to spend time at the family cabin on Spider Lake, Iron River, which he constructed with the help of his family and many friends. He loved hunting, fishing and all outdoor activities, especially cutting wood with his buddies John and Walt.

Services will be held at United Presbyterian Church in Superior on Saturday, October 15th with visitation starting at 10:00 and the service at 11:00, with a luncheon provided afterwards. He has chosen his final resting place to be at the City Cemetery in his beloved Iron River, and for his honorary pallbearers to be his grandchildren, whom he loved very much. Memorials may be made to the Historical Museum in Iron River. 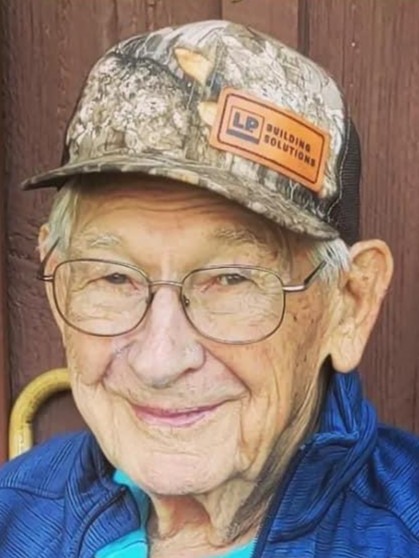