Duane H. Swanberg 91, of The Villages FL passed away peacefully Friday April 1, 2022 at Cornerstone Hospice. He was born July 12, 1930 in Poplar Wisconsin to Arthur and Frances Swanberg. While attending Superior State College he enlisted in the U.S. Marine Corps and served 2 ½ years in Korea. He then returned to Superior State College where he received his degree then moved to California where he began his career in banking, working mostly at Security Pacific Bank in Monterey Park. He was active with both Rotary and Kiwanis clubs and served as past President for both. After retiring and moving to The Villages Florida in 1995 with his wife Beth, he enjoyed golfing, traveling, walking in and around the neighborhoods and participating at the Villages Computer and Genealogy clubs. He was a long-time member of North Lake Presbyterian Church and volunteered every week to help with making meals for Operation Homebound. His wife Elizabeth (Beth) Swanberg proceeded him in death and is survived by their only daughter Sandra Swanberg.

Private family graveside and military service will be held on May 2, at Florida National Cemetery Bushnell. The family requests in lieu of flowers memorial donations in honor of Duane be made to Cornerstone Hospice 601 Mariposa Way The Villages, FL32162 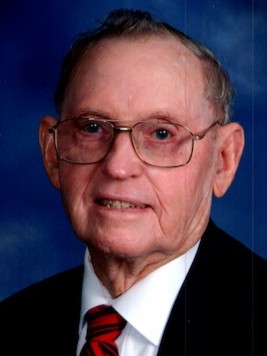