Donald John Milroy “Don”, age 87, of Northville, Michigan, passed away gently on December 5, 2022 with his family at his side. Don was born May 4, 1935 in Superior Wisconsin to parents, Margaret and David, (predeceased). Don attended St. Francis Xavier School and East High School of Superior, Wisconsin. He was the eldest brother to Phillip, Kay and Jack. From an early age, Don lived with a wanderlust and zest for life. Upon completion of high school, he hitchhiked to Alaska and worked on the railroad, sending monies home to his mom who was raising the family on her own following her husband Dave’s untimely passing. By all accounts, David who worked on the Great Northern Railroad played as hard as he worked...it would be the same ethics of work and play for Don. His Dad, Dave introduced him to the sport of Curling, a sport that he loved and led to numerous bonspiels and friendships throughout the years.

In 1955, Don worked for the Gary Slag Corporation, a steel mill in Duluth, then shoveled coal on a Great Lakes iron ore carrier. Don attended the Minnesota School of Business 1956-1957.

From October, 1957 to September, 1959, Don served in the US Army. We get a chuckle out of the fact that although he received a “Good Conduct Medal” and “Rifle Marksman” accommodation, he was listed as a Surface to Air Missile Electronic Repair Helper - a guy who was challenged when it came to changing lightbulbs. Don was in downtown Minneapolis when happenstance had him meet an executive at the Gold Bond Stamp Company. He worked at Gold Bond from 1959 to 1966.

Don and his friend Jimmy Walsh happened to be at the Lexington Dinner Club in 1960. Jimmy got a hold of a list of downhill skiers who had formed their group at the Lexington. Don went down the list and the name Callista Flaherty jumped off the page at him. He called Callista for a blind New Year’s Eve date. Her mother Blanche said, “Go out with him. If he’s from Superior. He’s a nice boy.” Callista became the love of his life. Callista and Don were married October 14, 1961, a marriage that lasted 61 years. On August 8, 1962, Patrick (Karen) was born and heralded the birth of three sisters and two brothers all born in St. Paul, Minnesota. Callista “Callie,” Amy (Franc Mazzuca), Daniel (Kathy), Mark, and Sarah.

After working those years at Gold Bond, Don took an accounting position at Graco and then ever striving to climb the corporate ladder, he took a position at Weatherhead. The corporate climb spurred three major moves: from Minnesota to Ohio in 1972; from Chagrin Falls, Ohio to St. Thomas, Ontario, Canada in 1978. In St. Thomas, Don was with Weatherhead for just a couple years before becoming the President of Brasscraft Canada (part of Masco Corporation).

Don constantly blurred the lines between the “blue collar” and “white collar” workers, routinely walking the plant floor visiting with his employees, who loved him. While in St. Thomas, Don was an integral part of the community, volunteering with the United Way fundraising committee, St. Thomas-Elgin General Hospital Foundation, the Kiwanis Club, the St. Thomas Airport Expansion Project and for two years was the President of the St. Thomas Golf and Country Club, a place that he loved. In 1993, Don, Callista, Callie and Sarah moved to Hillsdale, Michigan where Don turned around another Masco Company called Alsons.

Having proved himself with every corporate endeavor he was challenged with, he was then made President of Brasscraft World, which saw him making numerous trips to Asia, further feeding that wanderlust and zest for life. Don retired at age 71 years old as a group Vice President for Masco Corporation.

A few years ago, Don’s son Pat was given the gift of Ancestry DNA. This led to the miracle discovery of Don’s daughter Nancy whom he did not know existed. Callista graciously accepted this fact, and Nancy is now a beloved part of Don’s family. Don was avid in searching for information regarding his family tree. For most of his life he believed that his Milroy surname was of Scottish ancestry. His wife Callista got the last laugh on their good-hearted Irish-Scottish rivalry when he discovered that Milroy was an ancient Irish name and the Milroy clan who immigrated to America from Scotland, had first come from Ireland.

What can we attribute Don’s zest for life to? Throughout his life he demonstrated a deep faith. Don regularly attended mass wherever he lived. Prayer was an essential component of his life. He deeply loved his wife Callista, all of his children, grandkids and step-grandkids, family, friends, co-workers, fellow curlers and golfers, and most importantly his Creator and Savior Jesus Christ.

In lieu of flowers, memorial contributions to your favorite charity are appreciated. Visitation will be held at L. J. Griffin’s Funeral Home, Northrup-Sassaman Chapel, 19091 Northville Road, Northville, Michigan from 3-8, on Thursday December 15, 2022. The funeral will be Friday December 16 at 11 am at Our Lady of Victory Catholic Church, 133 Orchard Dr., Northville, Michigan. Funeral attendees are invited to join Don’s family for a reception from 1-4pm at the Sheraton Detroit Novi Hotel, 21111 Haggerty Rd. Novi, MI. 48375 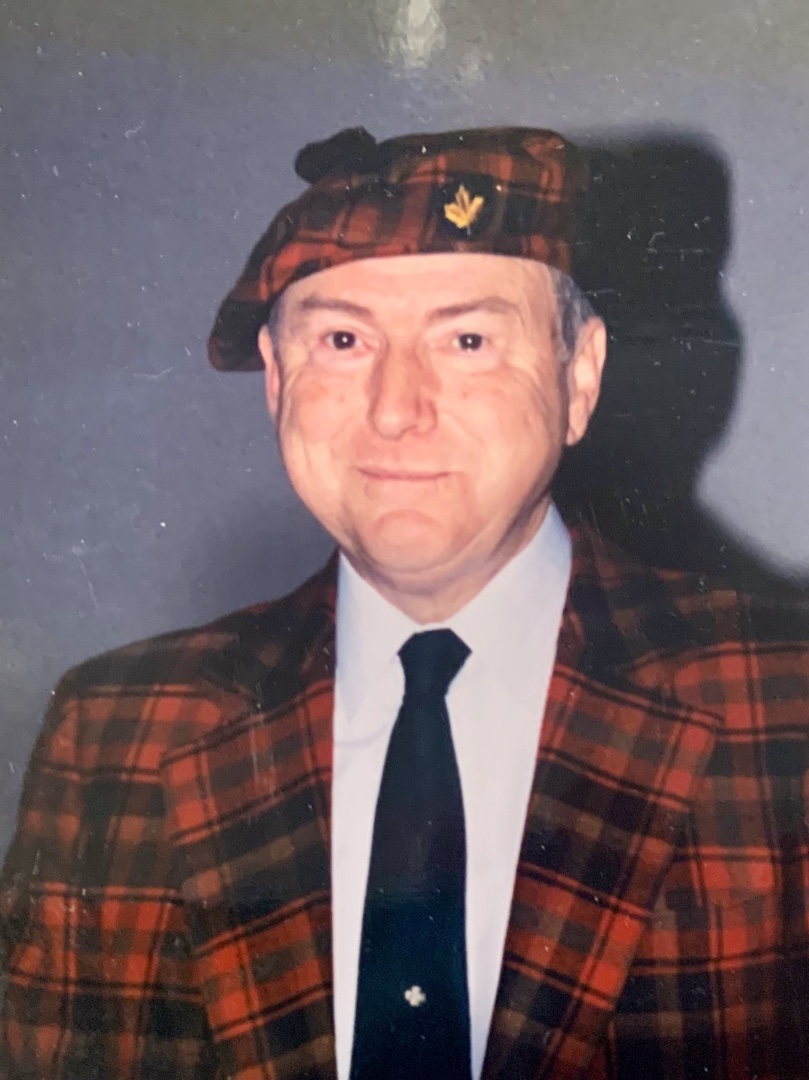